by The Electric Cows 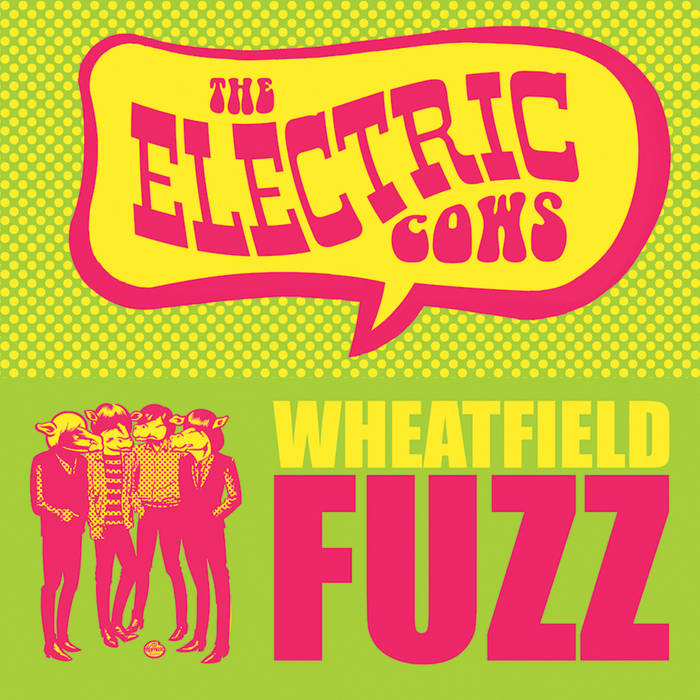 The Electric Cows were among a plethora of 1960s beat bands in Western Canada that never got their 15 minutes of fame, whether due to poor management decisions, lack of musical talent, or simply never having their number drawn in the era's rock'n'roll lottery. More popular Winnipeg acts like The Guess Who, The Quid, Crescendos, and Buddy Knox took the limelight but whatever the Cows lacked in popularity, professionalism, and actual talent they made up for with gumption, grit, horse sense, and occasional bursts of raw garage band energy. Their only claim to any semblance of fame might have been their close association with a North Dakota TV celebrity named Biff Harooba. Harooba had his own morning children's TV show and hired the band (then performing as The Dacron Sweaters) for several musical projects in 1964 and 1965, including the theme song for his show, some novelty singles, and a failed attempt at a TV variety special about the evils of teenagers wearing porkpie hats. Apart from their better known work with Harooba, the Cows also released three singles, recorded some radio commercials, and submitted demos for American International Pictures B-movies before splitting up in 1967. Chief songwriters Wayne Rizzuto and Barry Hipp moved on to Tacoma, Washington and achieved minor success with their new group The First National Jugband.

So what exactly is Wheatfield Fuzz? It sounds like rural law enforcement squares bumming you out when you're innocently digging some outta sight nature. If you commandeered a time machine in generally good working order and posed this same query to ancient Greek philosopher Aristotle he would likely ask you to repeat the question a little louder, since the raucous distorted electric sitar sounds of some old forgotten garage band emanating from your preferred Stereophonic Hi-Fi solid state stereo cabinet record player would make casual conversation difficult.

Of course, time machines don’t exist, unless you consider 1960s reel-to-reel audio recording masters that have not been played since 1967 a kind of aural time machine for the ears. Personally, I don’t consider that a time machine at all. Time machines should be some kind of metal box or chair with Victorian era instrumentation and levers, or a 1980s futuristic looking motor vehicle. I think people that are confused by this are probably thinking of time capsules, not time machines. The two things are completely different. You could use a time machine to go back to 1966 and hear The Electric Cows record “Trick Or Treating Cycle Mama”, their wistful ode to a motorbike riding woman who is quite fond of Halloween candy. If the only known recording of that same song was placed in a Time Capsule and dug up 50 years later then people could listen to the song for the first time in 50 years. So technically yes, it is somewhat like time travel, but more accurately it is nothing at all like time travel. Additionally, if you are planning to randomly dig up time capsules in search of rare 1960s garage band songs you may want to first check if you need some kind of permit from your city before beginning that work.

Anyway, in 2017 a box of reel to reel tapes was discovered in a Grosvenor Avenue house that was once a popular Winnipeg recording studio. The box looked like it had been used as a foot stool for decades, but many of the tapes were still playable. They included incomplete solo recordings from dozens of forgotten 1960s and 1970s artists, along with more than 30 Electric Cows recordings in various states of completion. This compilation includes all three of the bands singles (including 1964's "Surfin' To Liverpool" when they were still known as the Dacron Sweaters) as well as 19 of these newly discovered reel to reel recordings. Besides the rare singles the only song ever heard before outside of the studio is a different version of "Shattered Glass" which was included in 1987s Rock-a-lanche garage band compilation.

The Electric Cows were:

Interviews With Butcher Brown and Slauson Malone, plus LP of the week by SAULT.